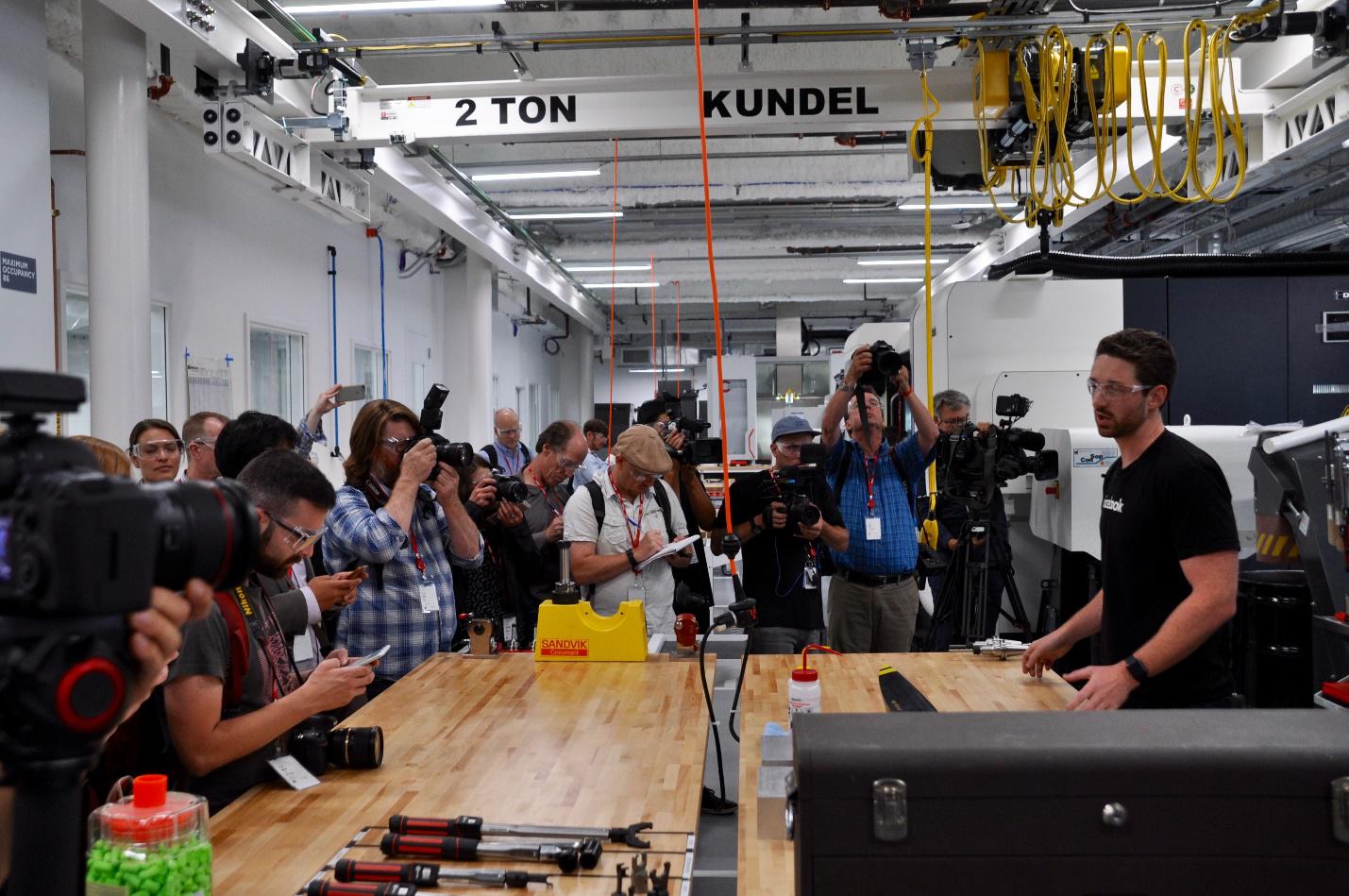 When most companies call looking for a new crane system, it usually makes sense. When Facebook called looking for a fully motorized, 2-ton T-Trac crane, it understandably raised a few eyebrows. Why does a software company need to lift 2 tons of anything? Turns out Facebook is also a hardware company. The best wanted the best equipment, so they came to Kundel. We were given the basic dimensions and got to work. Usually, our engineers and drafting department like to see photos or even a video of the area the crane is going in to make sure the client hasn’t overlooked any details. We received a quick and stern “no”, so we carried on with the process. After receiving the order, making the build drawings and sending the order into production, the rumors started to fly. Everyone wanted to know why Facebook wanted a 2-ton crane system. We applied the custom white paint scheme, shipped the crane across the country and started scanning the internet. After a few months, all became clear as to what Facebook has been up to.

Facebook has built a new, 22,000-square-foot hardware lab at its Menlo Park, Calif., headquarters. The lab is called Area 404, a nod to the 404 error message you get when searching online for something that the server can’t find. The new lab, sporting over 50 work benches, 3D printers, waterjet cutters and yes, a state-of-the-art T-Trac crane system, is used to manufacture servers, networking switches, wireless antennas, drones and VR gear.

Kundel cranes can be found in just about every industry one can imagine. We have established a list of clients any manufacturing company would be proud of. However, there is only one Facebook and when they wanted a Kundel crane, we knew we are doing something right.

We all know LinkedIn is a great place to find a company's freshest content. This is where we showcase ours. You will find pics of our custom crane...

Kundel now has an exciting fresh new line of cotton T-shirts. These shirts run a size small so bear in mind when ordering from your rep. They retail...

Analyzing trends in American manufacturing is a common and necessary thread weaving throughout day-to-day business. Recently, many companies large...

Kundel Industries is thinking “outside the box” to meet the needs of its customers. Those who work in the trenches or help protect those in the...

How Safe is your Maintenance Department?

These days, safety is the number one focus of leading manufacturing companies. Kundel Industries was born from recognizing the critical importance...

Innovation in The Mahoning Valley

World class manufacturing has been the heartbeat of the Mahoning Valley for centuries. When the electric vehicle automaker Lordstown Motors...

Engineered by the User

The fact that Kundel trench safety equipment was designed and engineered by those who actually used the equipment has served the industry in ways...

Invest in Your Company and People

Trench boxes are for much more than the big jobs. Too many smaller contractors and plumbers feel trench safety equipment is overkill for the smaller...